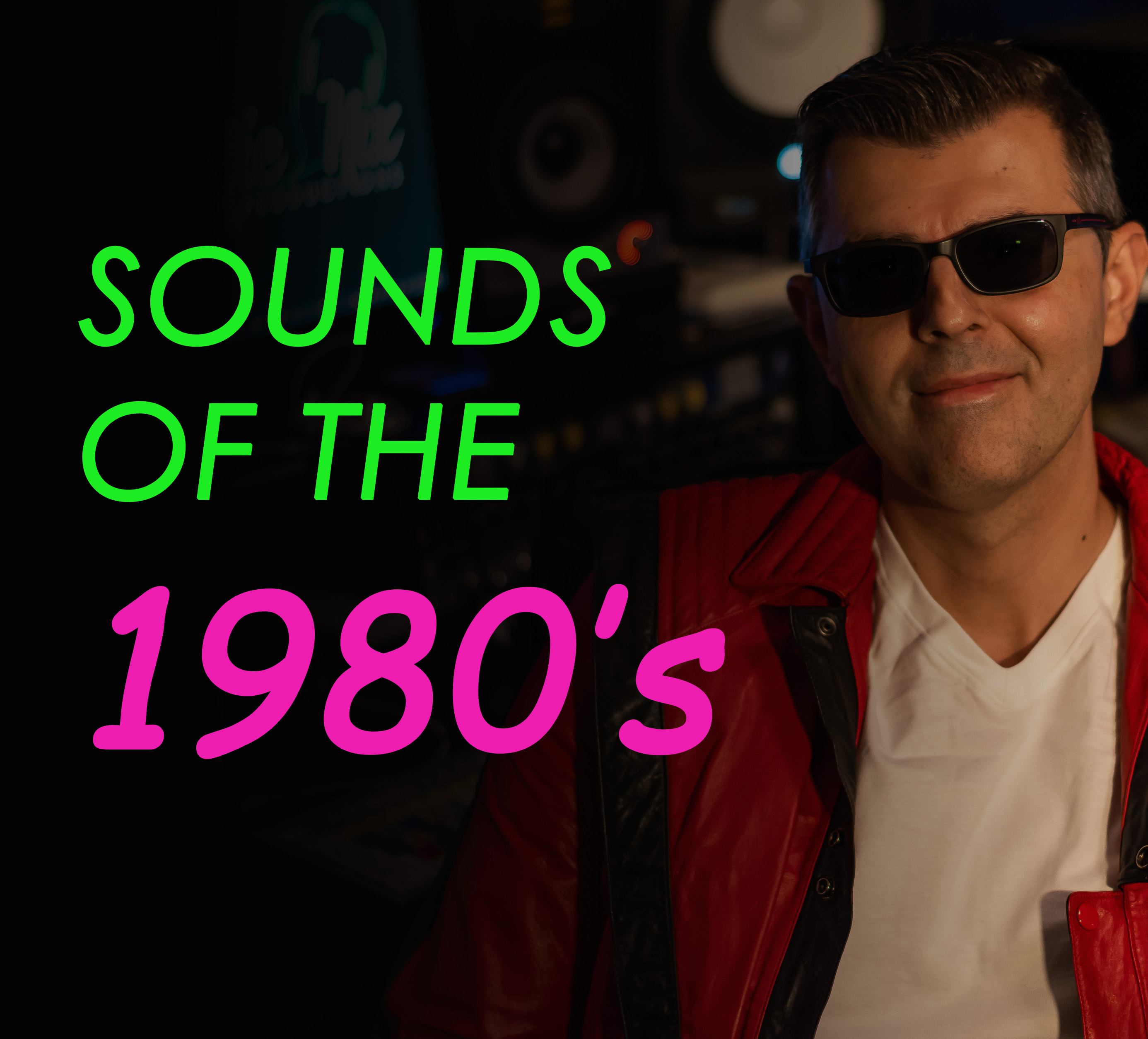 Greetings everyone and welcome to my first blog article of 2020!  I decided to start the year off with a fun topic and explore the sounds and styles of the 1980’s!

Growing up in the 80’s was an exciting and progressive time for music.  It was a time of discovery and some of the most iconic and original sounds were created during this period, many of which are still used today.

The following are a few key components that make up that iconic 80’s sound we all know and love!

If there is one sound that epitomises the 80’s, it has to be reverb!  With the introduction of new digital reverb units, this allowed artists to explore a more readily accessible form of reverb in the studio and they certainly took it to extremes!  By the late 80’s, reverb was arguably over-used and became a bit cliché, but in early 80’s recordings, there were some brilliantly creative usage of reverb.  One particular reverb that is most recognizable is known as the gated reverb.  This was actually discovered by accident during a Phil Collins recording session.  The reverb unit they were using had a noise gate which was accidentally left on which abruptly cut off the tail of the reverb.  They thought it was cool and decided to leave it in and then you have a now famous style of reverb!

In simple terms, a chorus effect creates a doubling/stereo effect to the audio signal.  This was another heavily used effect during the 80’s!  It was most prominent amongst early 80’s new wave and post-punk bands (think The Cure) and if one was to describe the sound, you could say it has a ‘spooky warbly underwater’ type of sound.  Many guitar bands during the 90’s also use chorus effects (think the intro to Nirvana’s ‘Come As You Are’) and the effect is still widely used today in various forms.

Synthesizers and the whole electronic vibe was an element of music production that became very prominent during the 80’s.  There were a number of famous synthesizers regularly used during this era, a couple of examples include the Roland D50 and Jupiter.  Synths were often used in conjunction with sequencers/samplers in order to build melodic arpeggiated patterns and progressions.  In modern music, this is now easily done through software programs and DAW’s, although hardware versions are still used when going for a more vintage aesthetic.

One of my favourite aspects of the 80’s sound was the usage of drum machines!  Electronic drums and drum machines really came into their own during this era and many modern productions seek to recapture the vibe of these iconic percussive sounds.  A couple of examples of famous hardware drum machines include the DMX (as used by Run DMC) and the LinnDrum (think Prince ‘1999’ and Michael Jackson’s ‘Wanna Be Startin Somethin’).  I really love the clean, fat and punchy sounds of the LinnDrum, it’s one of my all time favourites.

I hope you’ve enjoyed my summary of some of the awesome sounds of the 1980’s.  Get out there and listen to some 80’s music and see if you can identify some of these famous and iconic sounds!