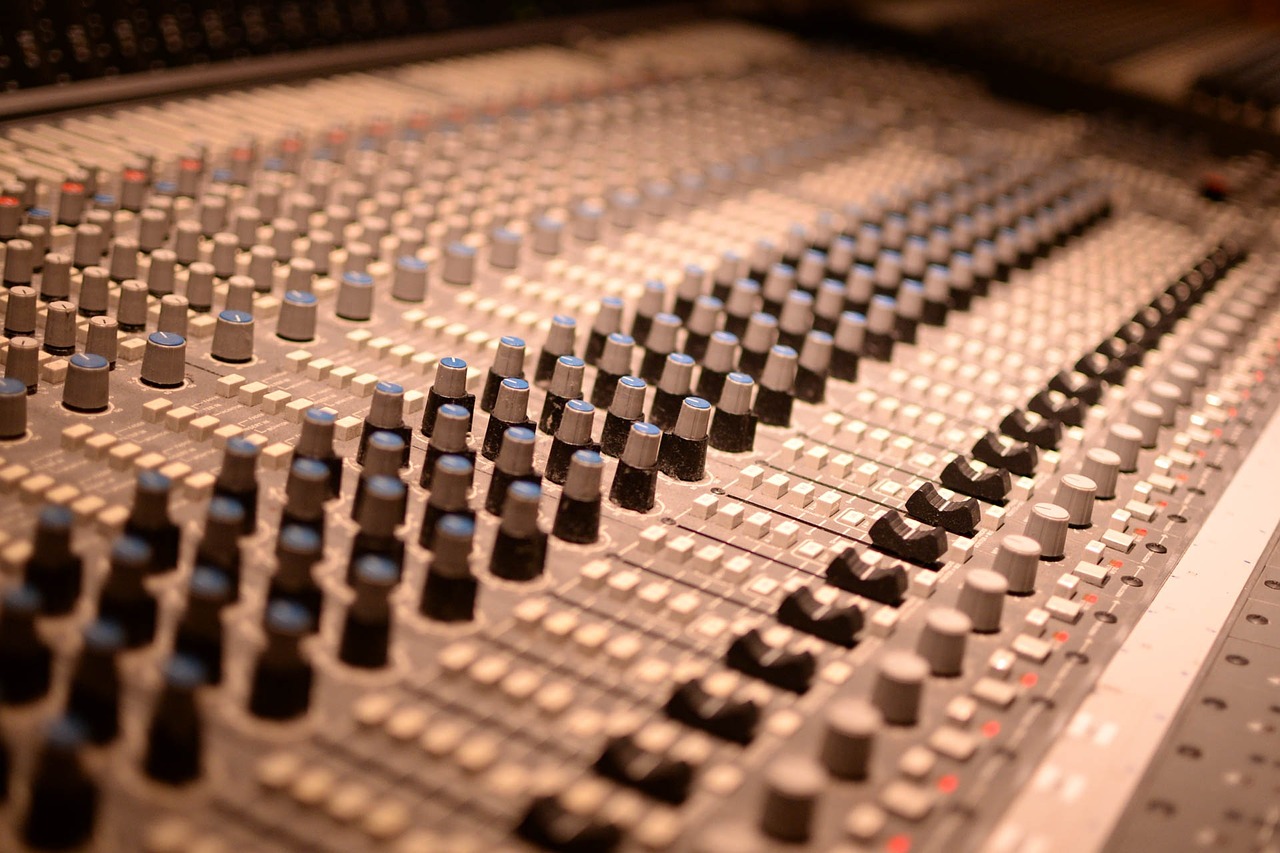 The world of music and audio production has it’s own language.  Sometimes it’s slang, sometimes it’s a technical reference point.  It’s no different to say, the computing industry, or the restaurant industry, or the car industry.  Ultimately, these terms or phrases are often there to create efficiencies and consistency in communicating and so that everyone is ‘on the same page’.  Today, I want to focus specifically on the world of audio mixing.  So, without further ado, let’s get into mixing terminology!

I’ve been mixing and producing music for some years now and I’m still as passionate and excited about it as when I first started.  I always look forward to hearing new music and creating new music, watching artists develop their craft and being involved in that journey.  If you’d like to listen to some of my mixes, you can visit my website and checkout the Spotify playlist.  I also enjoy learning new things and no doubt, that’s why you’re here today watching this video, so you can learn something new about the world of mixing.  When I first start out as a musician, I was always intrigued and curious about all the different terminologies that people used and what they meant.  These days, it’s a lot easier to research these things with the internet and Google and YouTube, but back then, you really had to go hunting for books in libraries or buy the latest issue of Guitar World from the newsagent.  If you were fortunate enough, you may have had an experienced mentor that was willing to teach you everything.  You didn’t really have too many options without paying a lot of money.  So, that’s why I wanted to create a resource for you, that can hopefully be a reference point that you will come back to, when you need a refresher on topics such as mixing terminology.

You may have heard the term ‘mix bus’ or ‘master bus’.  Any type of audio bus is simply a track where more than one individual audio signal is being sent to.  It can also be referred to as a group bus or a group track.  Each DAW can often use different terminology when describing a bus.  For example, Cubase uses the term ‘group track’, Pro Tools also has what’s called an ‘aux track’.  The ‘mix bus’ or ‘master bus’ is usually the track where all of the resultant audio and group tracks are eventually routed to, which allows you to process the mix as a whole.

The terms high pass and low pass refers to two different types of filters for an audio signal.  A high pass filter allows the high frequencies to pass through, whilst removing the lower frequencies, whereas a low pass filter allows the lower frequencies to pass through, whilst removing the higher frequencies.  They are also known as high cut and low cut filters.  I remember when I first got into audio, the concept of low cut vs high pass used to just confuse the heck out of me, because whilst they sound like the opposite thing, they are actually the same.  It probably makes more logical sense to use the term low-cut because you’re cutting the low frequencies, but I find the term high pass is more often used in the studio.

Sibilance is the term used to describe the hissing sound most commonly created by the “s” sound of a vocal recording.  The term can also refer to the same hissing sound created by hi-hats, cymbals and other sounds that occupy this higher register in the audio spectrum.  During mixing, we often use what’s called a DeEsser to reduce these often harsh frequencies.  A de-esser is simply a type of compressor that is able to dial in on the exact problem frequency and reduce it in a way that sounds natural.  Overuse can make someone sound like they have a lisp and that’s when you know that you’ve pushed the de-esser too far and you need to back it off a bit.  You can also use EQ or multiband compression to treat these harsh areas of a mix.  I often find that with modern digital recordings, I’m most commonly treating the area around the 9khz region, I’m not sure if that’s because a lot of microphones have a slight bump in this frequency area or if it’s just a by-product of the very clean sounding digital recordings.  Sibilance is generally the type of sound that can make audio sound brittle or harsh, so it’s always important to pay attention to this area of your recording.

So, what does it mean for music to sound punchy?  It’s a term often used in the studio to refer to a feeling which largely refers to the percussive elements of the music.  To make something sound punchy, it usually means paying attention to the impact and attack of the percussive elements to create a feeling of power and presence.  There are a number of ways to make something sound punchy, compression is one way to achieve this.  Certain compressors have a character that can highlight the attack of an instrument and bring it forward in a mix.  The way you treat the low-mids in a mix can also be the difference between something feeling punchy as opposed to muddy or cluttered.  Careful use of distortion and saturation can also give weight and punch to a mix.  Punchy is a fairly generalised term and is definitely more on the descriptive side, rather than a technical term, but it is used quite often in the studio.

Along similar lines, is the term warmth.  For music to have warmth, it usually refers to the previous years of analog recording and harmonic distortion.  It can also be a way people describe audio that has some of the top-end rolled off to give an overall smoother sound.  In my experience, chasing a feeling of ‘warmth’ in a recording is a bit of a trade off in losing some of the detail in the upper frequencies.  When I think of warmth, I think of recordings from the 1970’s which had a lot of tube and valve distortion, there was a lot of presence in the low-mids and definitely a lot of roll-off in the upper frequencies.  There are a lot of modern plugins and software that aim to emulate the sound of these old recording tools and some of then work quite well.  My advice would be to work on getting the recording right first, because that’s your best opportunity to introduce warmth into the track.

During mixing, automation is one of the most important creative tools in constructing an engaging and exciting mix.  Virtually everything can be automated in modern DAW’s and the possibilities are endless.  Automation is simply recording or ‘writing’ individual moves in your mix and making them occur automatically.  For example, you might want to increase the vocal slightly in the chorus, you can do this by using fader automation and increasing the level and backing it off as you like.  You might want to fade in a reverb half way through the song, once again you can do this with automation.  Tasteful use of automation is one of the best ways to create dynamics in your mix, as you have complete control of the volume and you can create a much more detailed mix, as opposed to just using things like compressors to artificially create those dynamics.  It’s a lot more time consuming and automation is something I will usually do at the end of a mix, once I’ve got everything sounding tonally how I would like it.

Clipping is a form of waveform distortion and when it comes to audio mixing, clipping is generally something to be avoided, unless you are intentionally going for an unusually distorted sound.  In the digital domain, when a signal is pushed beyond it’s limit, it essentially creates a ‘square wave’.  This is when the peak of the waveform is literally cut off or ‘clipped’.  You may have heard the term ‘soft clipping’ also, this is a type of clipping used where by the peak of the waveform is more gradually clipped creating even harmonics, similar to that created by vacuum tubes in an amplifier. Soft clipping is often a technique used to get more volume out of a track.  When preparing your individual audio files for mixing, you want to ensure there is no clipping on any audio track.  This will provide a much cleaner platform to work from, remember that distortion can be added later if needed as a creative tool.

In simple terms, a dry audio track generally refers to a track without any effects.  A wet audio track refers to one with the effects included.  Quite often during a mixing session, you may have heard a phrase such as “can you make that vocal track a bit wetter”.  That usually means, can you increase the reverb or effects on the track.  Audio plugins often have a dry/wet dial, so that you can blend in the effects with the original dry signal.

There are a few ways bass and treble are referred to in the world of mixing and audio.  The reason why we don’t refer to it in the way that it is usually represented on a hi-fi system or your iPhone audio settings, is because you could easily be mistaken for referring to specific tracks such as the bass guitar or a bass synth etc.  Bottom end refers to the bass or lower frequencies and is also referred to as the low-end of the mix.  The treble or higher frequencies in a mix are usually referred to as the top, top end or the highs.  This may seem like a pretty basic concept, but you’d be surprised at how many people get confused when you refer to the bottom end of a mix.  I’ve had some people assume that I’m referring to the end of the track, for example.

Ok this one is an important one, so that’s why I’ve left it until last.  There’s been a lot of conversation recently regarding the correct definition of stems and tracks.  Most people have come to the point where they use the term stems to refer to any set of audio tracks.  This is technically incorrect and I’ll tell you why.  Stems actually refer to groups of audio tracks.  For example a drum stem would be a stereo mix of all the drums, a guitar stem would be a stereo mix of all guitars, a backing vocal stem would be a stereo mix of all backing vocals etc etc.  When we are referring to each individual audio track, such as the kick, snare, hihat, bass, guitar one, guitar two etc, we are actually referring to the multitrack.  Having an awareness of the difference in terminology will definitely help you communicate clearly with your mix engineer so that everyone is on the same page.

Thanks for stopping by,  I hope you enjoyed today’s look into audio mixing terminology!