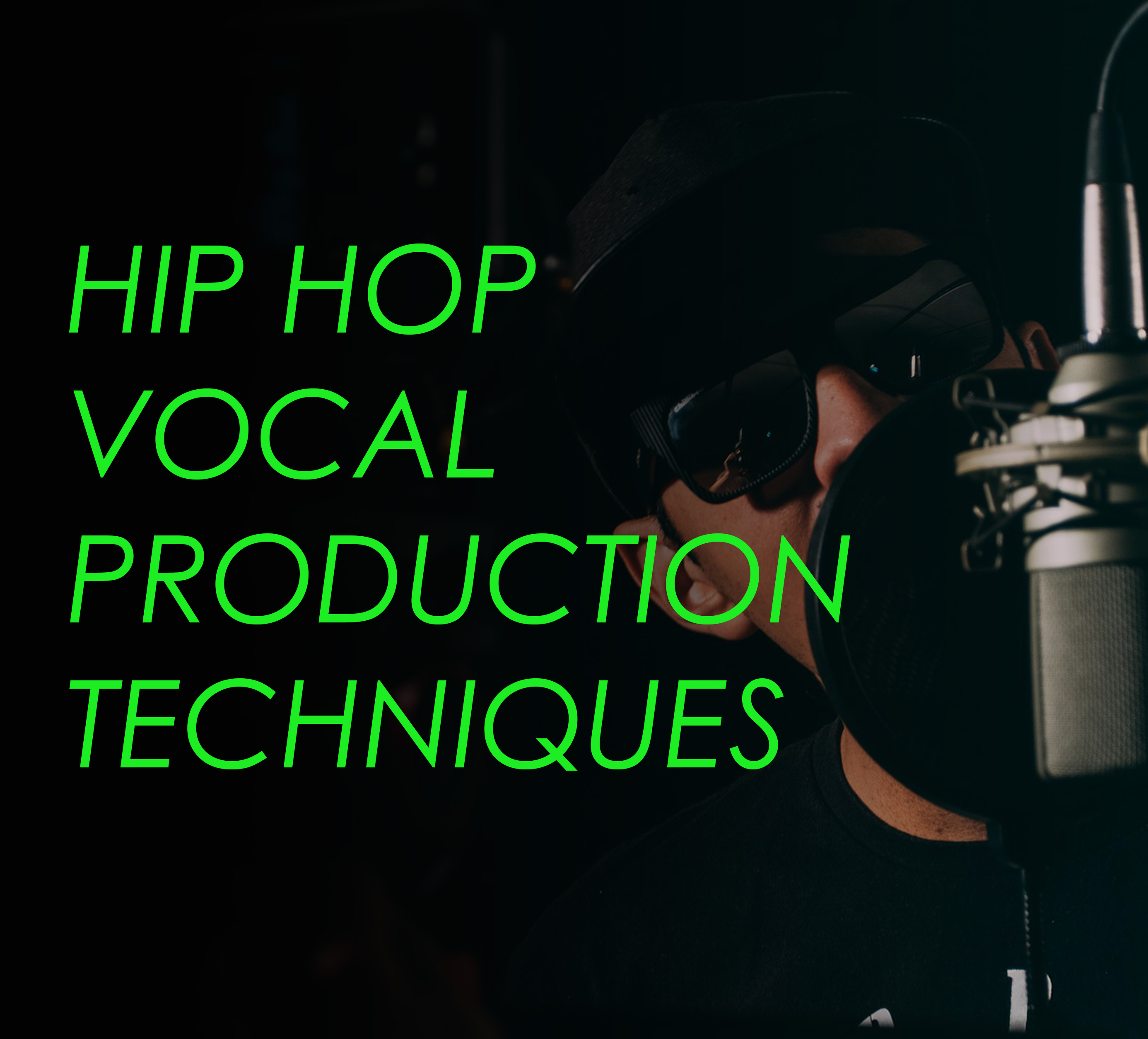 Hip hop, whilst it is very popular today, has actually been around for many years in one form or another.  Early hip hop recordings date back to the late 1970’s and early 80’s.  In many respects, the vocal production and recording techniques are very similar now compared to early recordings.  Certainly, the tools we use have evolved and there are a number of new innovations (e.g. autotune), but many of the processes and concepts have not changed a great deal.

Today, I’m going to give you an overview of how to achieve some of those classic hip hop vocal sounds and describe some of the tools you will need:

Selecting the right microphone is largely determined by the type of voice you are recording.  For example, a large diaphragm condenser microphone captures more detail (often ideal for female vocals).  The nature of many hip hop vocalists is very dynamic, with lots of aggression, loud and soft parts.  This requires a microphone that can handle a heavy load and for this, I recommend the Shure SM7B.  Traditionally a broadcast microphone, it is often used to record hip hop vocals and is regularly used to record metal/punk vocals, because it can handle high SPL and has an overall very smooth tone.  It does requires a fair bit of clean gain to get a good signal, so I recommend coupling with a good pre-amp or a Cloudlifter.

Distortion is an important part of creating a vocal that has impact, punch and cuts through the mix.  It doesn’t necessarily mean distorting to the point where the voice is unintelligible, however some subtle distortion used tastefully can really lift a vocal and make it more exciting.  You can apply distortion during the tracking stage (e.g. if you have a good pre-amp that has some nice harmonics when driven hard).  You can also add distortion during mixing via usage of various plugins (e.g. Decapitator by Soundtoys is a good one, also I really like the Manny Marroquin distortion from Waves).

Without delving into the detail of how to use a compressor, compression is an essential tool when producing hip hop vocals.  In simple terms, compression is used to control the dynamic range of an audio signal.  As mentioned earlier, hip hop vocals can be very dynamic with some super loud sections and super quiet too.  We need to ‘level it out’ with compression, so that all the words are easily understood and have equal impact.  My personal preference is to use an opto-compressor such as an LA-2A during tracking (and often in the mix) and I will usually layer an 1176 into the chain during the mix to help the vocal ‘pop’.

When recording a complete vocal take, doubling and ad-libs are an important part of the total package.  Doubling is used to create a thicker vocal sound and also to accentuate certain phrases.  Ad-libs are more often used as a creative tool and to provide a wider variety of sound to the vocal.  Hip hop vocals can be repetitive to a listener and ad-libs are used to divert attention and create more excitement throughout the track, also to reinforce certain phrases.

This now famous effect needs little introduction!  Auto-tune is more often used in melodic hip hop, although more recently has been used in more percussive based music (even in the absence of strong melodic content and used more as a creative effect).  More modern hip hop recordings will still often use the effect even in conversational/talking style rap to simply provide that classic ‘fast’ auto-tuned sound.

Well, I hope you have found this overview of hip hop vocal production techniques useful and that it has given you some fresh options for your recordings!  Get into the studio and get creative on your next hip hop hit!