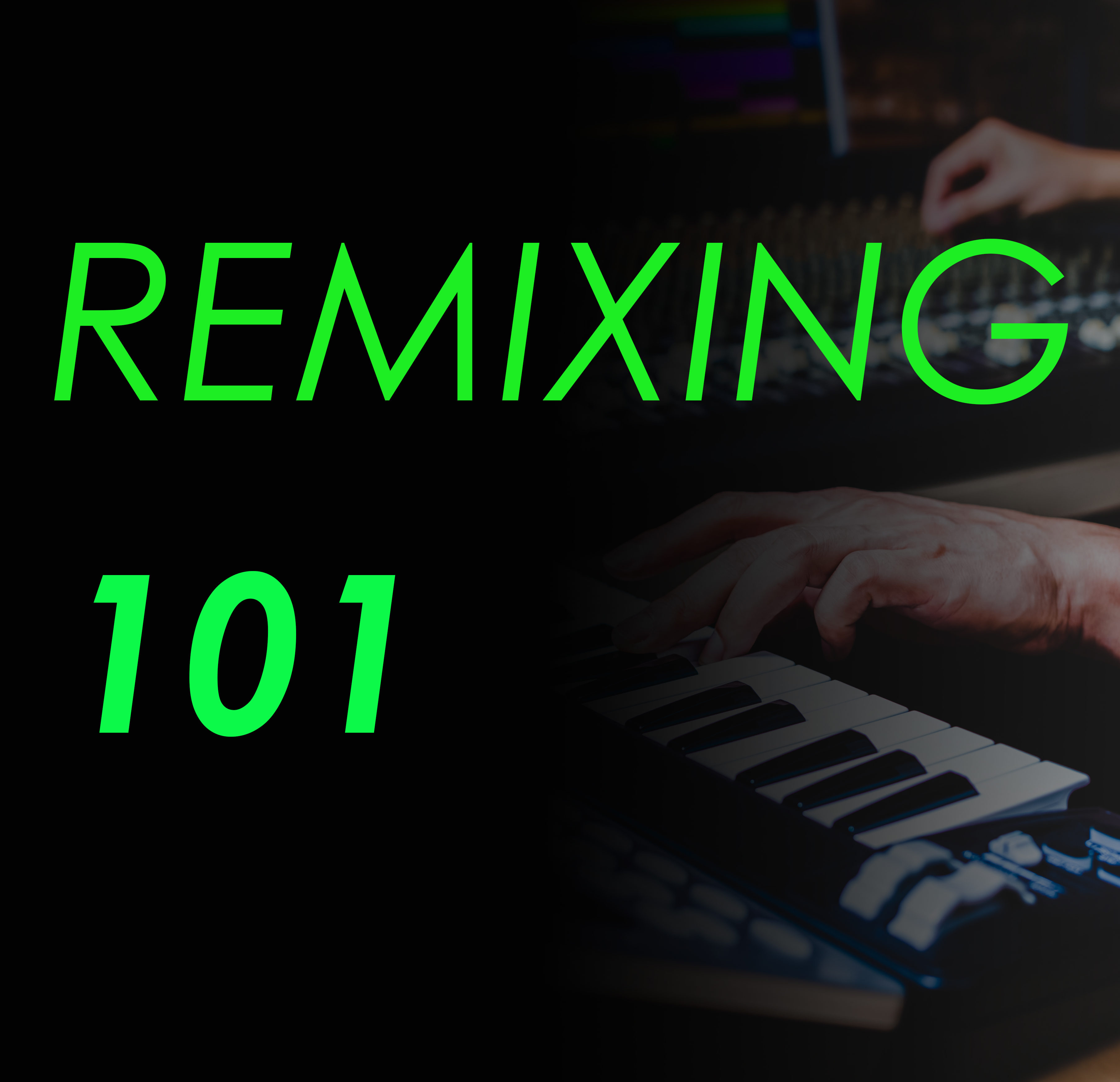 Song remixes have become a regular addition to music releases nowadays, so with this month’s article, we are delving into the world of remixes.  The idea is to provide you with some basic concepts, historical context and give you some pointers on how to approach remixing.

What is a remix?

A remix by modern standards is a creative re-working of a song that includes production elements.  That could mean something as simple as taking a vocal track from an existing recording and using it to build a completely original track by adding loops, samples, synths etc.  In many cases, there is often a repeated ‘signature loop’ from the original recording that is used more as a reference point to the original song, however this is not ubiquitous.

It is important to note the difference between mixing and remixing.  Mixing (otherwise known as ‘mixdown’) is the process of balancing and treating each individual recorded track into a cohesive stereo track after the initial recording stage.  Remixing can be as much of a creative process as the original recording phase and uses elements of the already completed original song.

I will touch on the historical context shortly and the reasons why the terminologies evolved as they have over the years.

It’s important to take into consideration the historical context on how remixes have evolved over the years.  Let’s consider recording studios prior to 1980 for example.  Many studios would have had a recording console consisting of maybe 16 analog channels which eventually recorded to tape.  A remix in those days would have meant recalling the original tracks and rebalancing each instrument with whatever new technology had been released and was really about sonically improving the existing recording.  During the 1980’s, there was an explosion of music technology which saw electronic and sample-based music form a large part of commercial pop.  The ushered in the era of the remix.  Groups and artists then started releasing completely different versions of their songs using this electronic technology.  A good example was the group New Order.  Already an innovative band, they utilized the remix technology to provide fresh re-workings of their songs, some made perfect for clubs, others mixed for commercial radio.

The large bulk of remixes nowadays are arguably in the EDM/electronic genre.  A popular song may be released, and you will often then see remix versions released shortly thereafter, many of which feature highly prominent producers/remixers.

How to approach a remix?

To begin with, you need to consider the genre or format you intend to release for.  That will largely determine the elements you might need to include as part of your remix.  You might consider your song to be ‘genre-less’ and that’s ok too, but it’s important to have an approximation of what your end goal might be.  It’s a good idea to then decide on which elements of the existing recording you intend to keep in your remix.  To use a basic example of a club mix of a rock song, you might decide to only keep the lead vocal and a guitar, but choose to create a completely new audio landscape from there.

Tempo-locked audio is handy to have, however less of an issue these days, as most modern DAW’s come ready with time-stretch algorithms and tempo-detection features to allow you to mix and match your tempo as you need.

In the remixes I have worked on in the past, I find it helpful to sort through and decide on which tones/samples you might plan to use and have them ready to start playing with at the creative stage.  There’s nothing that kills creativity more than being bogged down sifting through kick drum samples or loops, 3 hours later you still haven’t chosen anything!  So, my recommendation is to allocate some dedicated time for auditioning samples and build up a small bank of sounds to work with, you can always add more later, once you have the general arrangement down.

The great news is, modern DAW’s such as Pro Tools, Cubase, Logic, Ableton etc come ready made for remixing!  The full versions of the programs usually come with a plethora of synths, beat-making plugins and loop-makers to get started with a remix.  You then need to decide how you plan to trigger these samples in your own workflow.  I recommend adding a basic midi controller as a starting point.  There are numerous options available, right up to full blown 88 key controllers with weighted keys, like a real piano.  You might prefer to use an MPC or pad type controller to build beats and samples.  Once again, there are many options for all levels of production.  The great thing about controller such as this, is they become an extension of your creative workflow and offer an alternative to mouse-clicking and computer keyboard tapping, which is no fun at all!

As you become more experienced, I recommend gradually building your own library of signature sounds through your own sampling/recording and editing.  These will become 100% original to you and often remixes that have original sounds tend to garner more attention compared to those that may use generic ‘out of the box’ samples.

The key to remixing is being as open-minded as you can.  If an established artist comes to you requesting a remix, they will often want you to genuinely be creative and wow them with something completely different to what they ever could have dreamed up.  It’s all about creative interpretation and with that, there are truly no fixed rules!  All the best with your remixing!