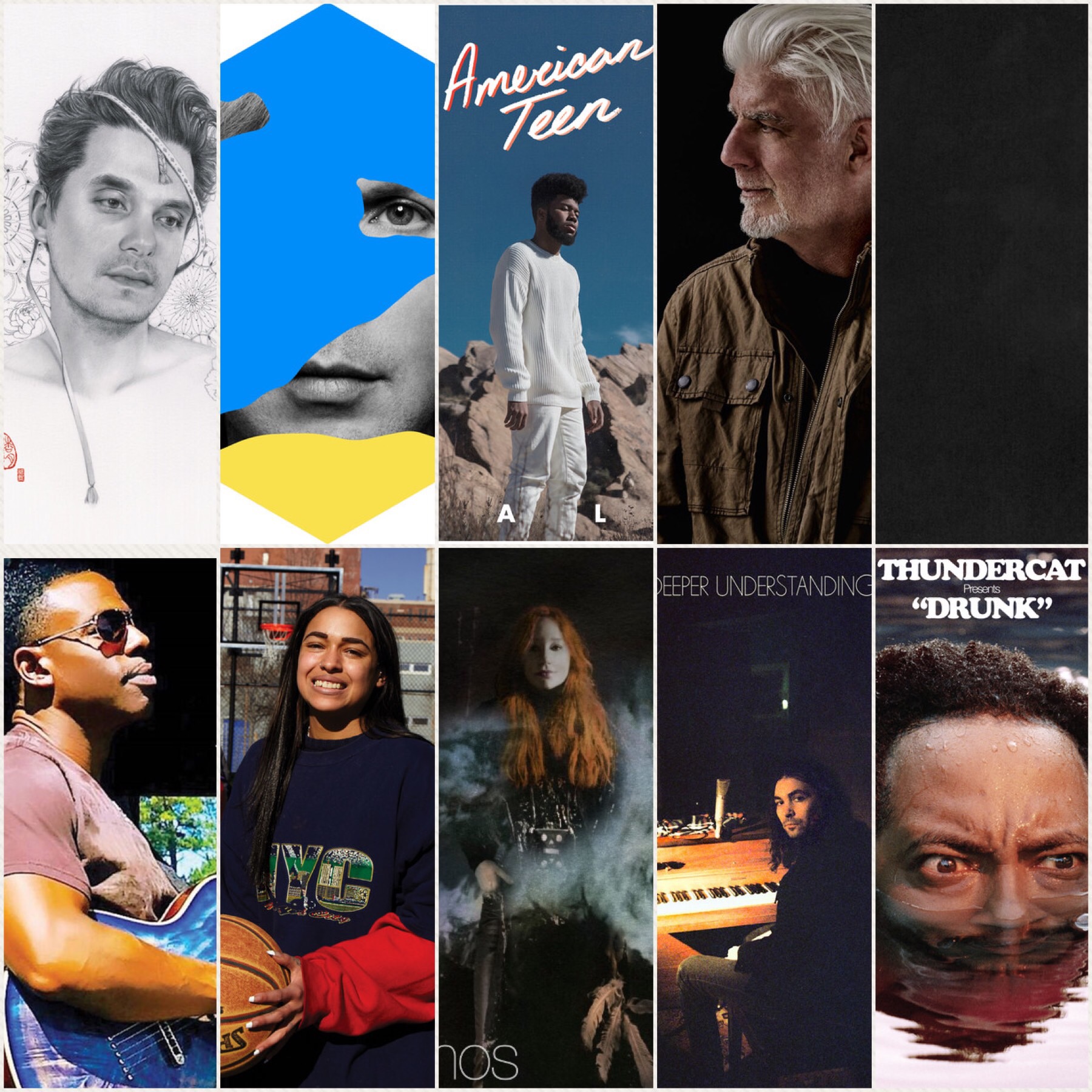 Well, it’s that time of year.  Time for reflection, revisiting…and listening to music of course.  Here’s my wrap of some of my favourite releases in 2017.  My list takes into consideration a number of factors including production values, songwriting, vibe, lyrics, message, level of interest, amongst other unquantifiable elements.  Without further ado…and in no particular order:

John Mayer – The Search For Everything

I’m a Mayer fan from way back, and whilst this is probably not his greatest release, I love the vibe and the Manny Maroquinn mix is back, which is a huge plus.  It sounds retro yet new and fresh at the same time.  John sounds comfortable on this album, but not in an uninspired lethargic way.  The record sounds like John has invited you into the studio to kick back and enjoy a beverage or twelve.  Highlights: “Love on the weekend”, “Moving on and getting over”.

Unassumingly prolific since his debut in 1994, Beck continues to release diverse, engaging material.  “Colors” is no exception, featuring his usual wide sonic palette and flavoursome beats.  Highlights: “Colors”, “Square One”

This single grabbed my attention immediately, firstly with it’s old-school ‘Dre’ vibe musically.  Lyrically, it is a stark reflection of the times we live in.  When you consider the content covers politics, America, hypocrisy, the media, family, oppression and power.  Don’t make assumptions on the song title.

The title track sets the tone and gives an impression of pending relevance and importance.  Both introspective yet lyrically confident and stripped back.  The production is smooth as silk and diverse in it’s tonal palette.  It’s an album that grows on you and keeps you coming back for more.  It’s a rare thing these days, when one is inclined to scroll more so than listen.  Khalid demands your attention and gradually draws you in.  Should be a pick for album of the year.  Highlights: “American Teen”, “Young, Dumb & Broke”, “8Teen”

One of the elder statesmen of the soft rock era and still producing quality.  This album appeared out of nowhere and was a genuine pleasant surprise.  McDonald’s vocals are as discernible as ever, this record grooves in a way that only Michael McDonald can.  Highlights: “Find it in Your Heart”, “Ain’t No Good”, “Blessing in Disguise”

I had never heard of Princess Nokia and on the artist name and album title alone, it demanded a listen.  It’s very rare to listen to an album these days and feel a sense of danger and new territory.  You can feel the NY grit, the angst and the intensity all of which are equally palpable.  She will be around for a while and I recommend you get acquainted.  Highlights: “Bart Simpson”, “Tomboy”, “Saggy Denim”.

A superb offering of jazz guitar niceties and genuine vibe.  The production is pristine, the songs get in your head and you’ll be humming the guitar lines in a way that has echoes of George Benson.  Not much to say, just listen to it (in particular the cover of ‘Ooh Child’).  Highlights: “It Keeps Coming Back”, “Ooh Child”

The War On Drugs – “A Deeper Understanding”

Sounding every bit as claustrophobic and instrospective, yet somehow worthy of a Springsteen-like stadium thing.  Adam Granduciel is a unique songwriter and each of his albums are a textural experience.  Whilst this latest offering perhaps doesn’t have the immediacy of some of the singles from the last album (which was a breakout success for the group), it requires a deeper listen to gain a ‘deeper understanding’.  Highlights: “Up All Night”, “Nothing to Find”, “Thinking of a Place”.

A luxurious, decidedly gothic offering from the queen of the ivories.  The album meanders along in a way that only Tori can meander and never gets boring.  Morbid, plucky, playful and defiant as always.  Highlights: “Reindeer King”, “Broken Arrow”, “Bats”

A genre-defying third offering from LA bass player/producer/extraordinaire Thundercat.  This album even features a colab with Michael McDonald and Kenny Loggins!  Yep, that’s right.  I’m still getting my head around this album and it get’s greater every time.  Get into the groove and hit the play button.  Highlights: “Uh Uh”, “Show You The Way”, “A Fan’s Mail”. 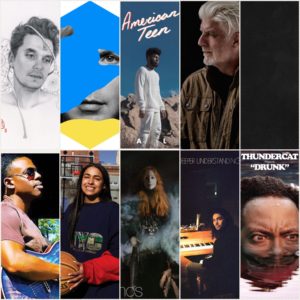